The Citizens Theatre is a producing theatre, located in the Gorbals area of Glasgow.
Their Paul Hamlyn Club Award has allowed them to put new energy and resources behind their longstanding £2 Gorbals card for local residents, as well as to devise and test new ways of working.

In December 2014, in an innovative collaboration with the NHS’s South Glasgow Health Improvement Team, part of Glasgow City Community Health Partnership, the Citizens welcomed the residents of the new social housing development across the street to a morning of participatory activity to share their hopes and feelings about their new community and its needs, followed by a visit to A Christmas Carol. Twenty-seven households signed up for the Gorbals Card, and the theatre hopes to welcome these families to further performances as a result. The newly created Paul Hamlyn Club Coordinator post will be responsible for building these new relationships with the local community, finding out how they see the Citizens, and encouraging them to try the Gorbals Card, which the Award has enabled the theatre to offer much more fully across their programme.

Last year, the Citizens set up their Deaf Theatre Club, in partnership with Glasgow-based specialists Solar Bear. Patrons are offered £5 tickets for BSL-interpreted performances, and BSL-trained staff assist with ticket pickup and bar orders. There is a signed introduction with the show’s director, and visual resources such as character ‘family trees’. Characters are assigned BSL names for the performance. The atmosphere is sociable, and patrons are invited to feedback about their visit. The Citizens work with Solar Bear to make the Deaf Theatre Club a success. Marketing, box office, front of house, learning, and stage management have all been involved, with introductory BSL training for 15 staff. So far, average attendance has been around 50 patrons for each Club night.

‘This is my first BSL performance, but it won’t be my last.’

The Citizens Learning team have devised Just Go, a partnership with two nearby schools to try out a whole new way to encourage young people to find a theatregoing interest that might continue beyond school visits. The Just Go project works with Catholic secondary St Mungo’s Academy and non-denominational Kingspark Secondary School to bring all students no matter what subjects they are studying in their last two years at school to see three shows a year. So far, they’ve seen 1984, Hamlet, and The Slab Boys. Special matinees mix students up from the two schools throughout the auditorium. Everyone participates in preparatory workshops, and young people have set up a Media Group that creates content for its own Facebook page, with interviews with cast and creative team, and comments and reviews.

The project is ambitious, and together the Citizens and the two schools are learning a lot about how these visits can best sit alongside the focus on exams in the final years of school life. Many have never attended a theatre before, and the experience is entirely new. The response has been energised and engaged, and the Citizens team are going to work with the young people to explore more about audience behaviour, and what might be expected. The enthusiastic senior management at both schools are keen to understand the best approach to this ambitious project going forward with their Citizens colleagues.

A shared ambition for local change

Supporting organisations to sustain or grow their impact:... 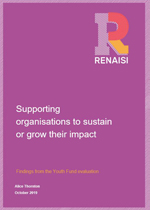 Asset-based work with young people: Findings from the Youth... 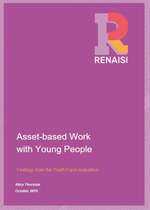 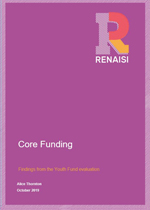 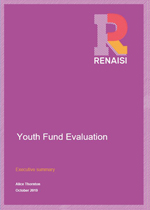 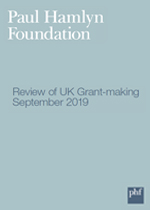 Placing teachers’ professional learning at the heart of... 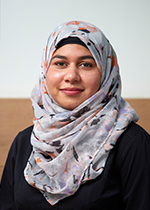 Third round of Teacher Development Fund, offering grants of...

The third round of the Teacher Development...

A shared ambition for local change

Supporting organisations to sustain or grow their impact:...

Asset-based work with young people: Findings from the Youth...

Placing teachers’ professional learning at the heart of...

Third round of Teacher Development Fund, offering grants of...

The third round of the Teacher Development...