Visit to the Albert Kennedy Trust

February is LGBT (lesbian, gay, bisexual, transgender) History Month, which seems like an apt time to write about our recent visit to The Albert Kennedy Trust, a charity that supports young LGBT people in crisis. On arriving at AKT we were greeted warmly by Wendy Hodgson, the Deputy Chief Executive of the Trust, who told us about the history of AKT and what the Trust offers.

The Albert Kennedy Trust started in Manchester in 1989 by Cath Hall, an experienced foster carer, who had become acutely aware of the rejection and ejection of young LGBT people from their family home and the homophobia they faced within school and society. They adopted the name of a young man, Albert Kennedy, who in the same year had fallen to his death from the top of a car park in Manchester and whom in his short life had experienced rejection and abuse from society.

Despite huge progress in equality for LGBT people over the last 10 years which has enabled young LGBT people to feel more confident to come out at an earlier age, the reality is that when they do, they are often still faced with homophobia and transphobia at home and school. In a recent survey conducted by AKT, they found that, in the UK, 24% of young people who are homeless identify as LGBT and that 77% of these young people were homeless due to family breakdown.

Wendy explained to us that from humble beginnings the Trust has grown and now offers services in Manchester, Newcastle and London. This includes supported lodging schemes where young people are matched with carers who can provide a room in their home, safe houses for young people at risk of homelessness, face to face mentoring and they are now beginning to explore the world of e-mentoring for young people who are LGBT, or think they might be, and are worried about anything from coming out to an issue with their accommodation. This is AKTs first national service and as well as providing a crucial service, will be key in shaping the future of AKT services and their geographical reach. AKT are continuing to strive towards recognition that LGBT youth homelessness is one of the most important LGBT rights issues of the moment.

The Albert Kennedy Trust is funded by Paul Hamlyn Foundation through its Youth Fund grant programme. The Youth Fund supports organisations who recognise and build on the strengths of young people and whose main purpose is young people (aged 14-25), where make the transition to adult independence is most challenging. 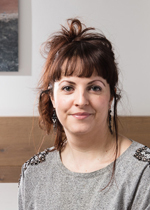