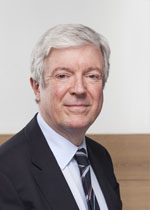 Lord Hall of Birkenhead served as the 16th Director-General of the BBC from 2012-2020. Prior to this, Tony was Chief Executive of the Royal Opera House (2001-2013). He joined the BBC as a news trainee in 1973 and during a 28 year career at the Corporation he held roles including Senior Producer at World at One, Assistant Editor of the Nine O’Clock News, Output Editor for Newsnight, culminating as Chief Executive of BBC News (1996-2001). While at the BBC he launched Radio 5 live, BBC News 24, BBC News Online and BBC Parliament. He was Deputy Chairman of Channel 4 Television, and he was a Trustee of the Foundation Years Trust and Chair of the Board at the National Gallery. Passionate about education and skills within the cultural industries, he was the founder Chair of Creative & Cultural Skills, Chairman of the Musical and Dance Scheme, Chair of Stratford East Theatre, and he was Chair of the Cultural Olympiad Committee and a member of the London Organising Committee for the 2012 Olympic Games. He was appointed a CBE in 2005 and in 2010 was created a life peer with the title Baron Hall of Birkenhead. He sits on the Crossbenches in the House of Lords.